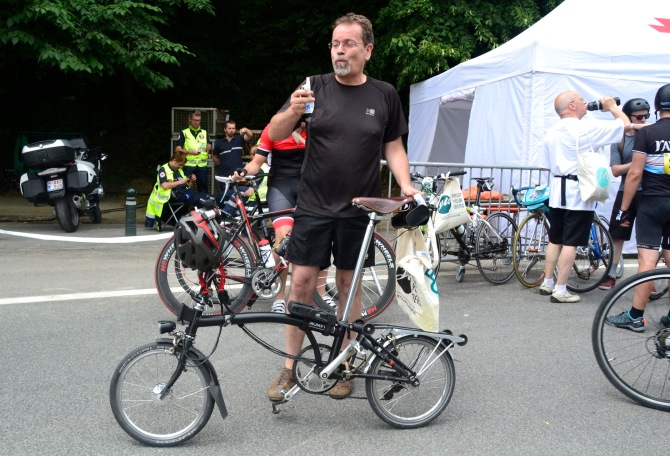 “It was really windy on the canal but it was a lot better in the second half. The people spread out and there was more space.”

Notes: Organisers of the 50k Brussels Tour should consider a folding bike category for next year. On Brussels streets, they are a constant. Plus, a swarm of foldies would be entertaining. Brompton has their madness championships every year, where Brommies owners appear in suited speed (Lycra is banned) and give some idea about the potential speed that can be held. I would like to see Brompton go head to head with other foldables. I mean, what could go wrong?