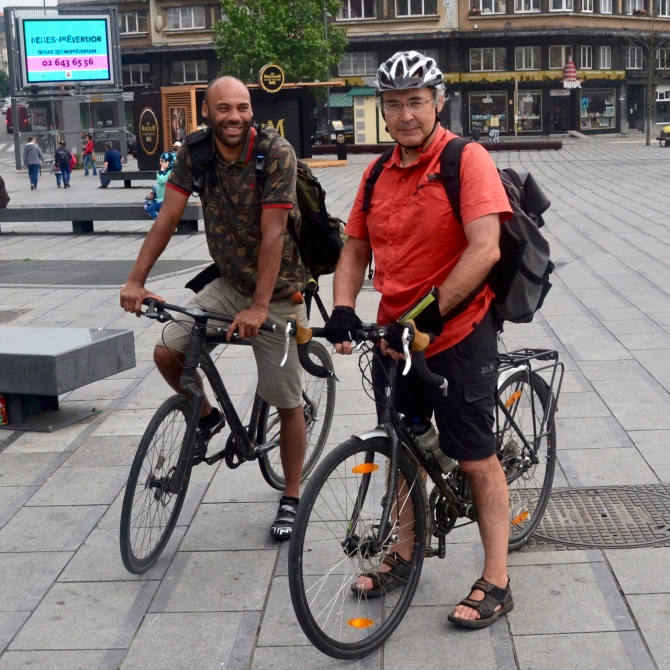 “My Dawes is dead. I broke the bottom bracket and had to move to this bike. I was too strong on the pedals, I guess.”

Notes: Inevitably, riding about the city means coming across the same riders. Especially messengers. I had photographed the rider on the right a few weeks ago as he was out and about on his vintage ride. But, well, it happens. The frame eventually gave out and he has had to move along to a second bike. One near certain aspect of long-term cyclists, they always have a second bike to use when disaster strikes.

But, as these two gathered, they made for another nice photo.

The good news is, his Dawes is a steel frame version. They can be brought back to life from the worst state. Long live steel frames.