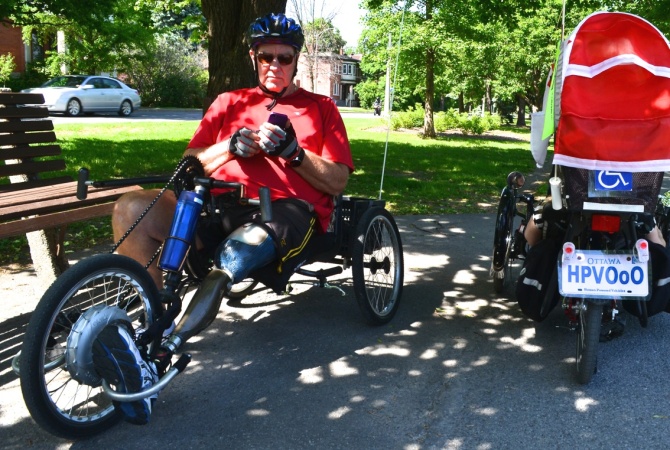 “The guys that make this make those racing things, as well. The guy that owns the company, or one of the guys  with him, they have a record for land speed for hand-cycles, or something like that. But these guys are into all that craziness.”

Photographer’s notes: There were a few times when talking to the para-cyclists that conversation turned to speed, performance, personal bests and the like. I will return to it with another rider soon. But I saw one of the sleek hand-powered cyclists a few months ago. He was coming at me and I saw a low-flying blip that shot past. I had turned around to chase and have a chat, but by the time I got some speed, the para-cyclist was a distant speck on the horizon.